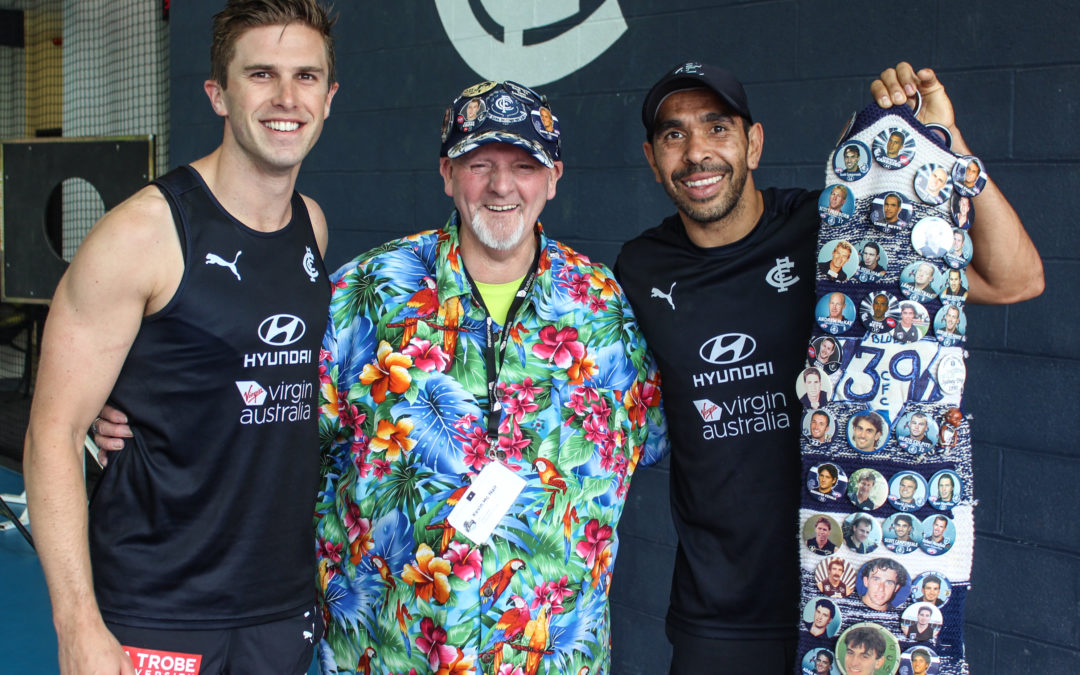 IN his 50 years as a supporter of the Carlton Football Club, Kevin McNair says that the 1995 Grand Final against Geelong is still one of his highlights.

“We had won before the first half was over, we were singing by the third quarter,” Kev remembered fondly.

In 2020, Kev will celebrate his 50th year of membership with the Carlton Football Club and association within the Carlton Cheer Squad.

“In 1970 my friend from the Carlton Cheer Squad convinced me to come to the Grand Final against Collingwood, and I have been a Carlton supporter ever since. Never looked back,” Kev said.

On Monday 16 December, Kev and his sister Annette attended an open training session at Ikon Park where they had a tour of the Club before meeting a few of their heroes.

Kev has had his favourite players over the years, with Jesaulenko an all-time favourite, but Matthew Kreuzer is his current number one. 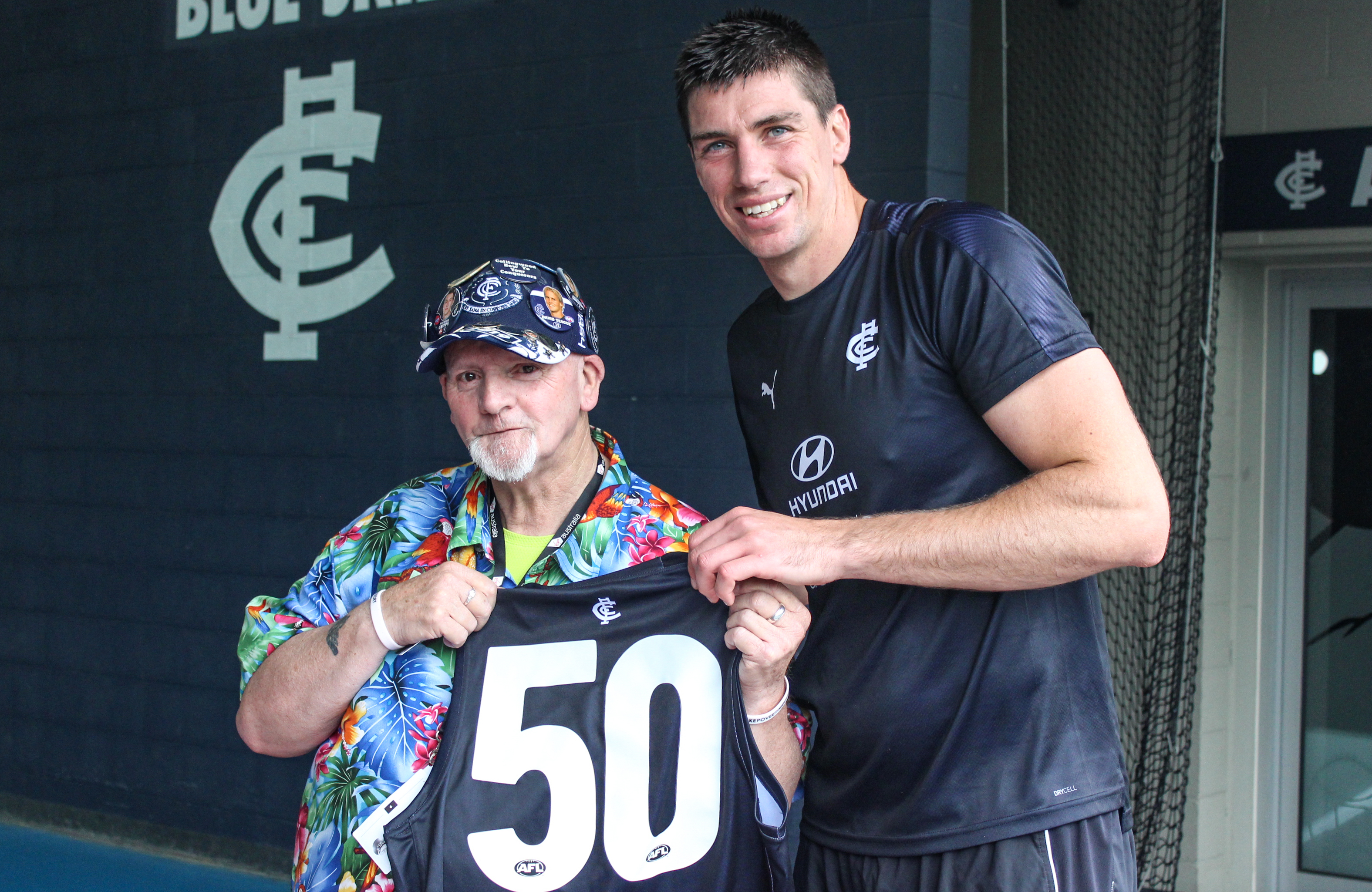 Kreuzer presented Kev with a Carlton guernsey with the number 50 to thank him for his ongoing support of the Club.

Since 1966, Kev has attended every single Grand Final featuring the Navy Blues, a truly remarkable effort.

His collection of Carlton memorabilia is significant, with 35 photo albums spanning the course of 50 years.

The most impressive item by far is his 3-metre scarf featuring over 150 player badges, including Chris Judd, Andrew McKay, Brendan Fevola and the Club’s now Senior Coach David Teague. 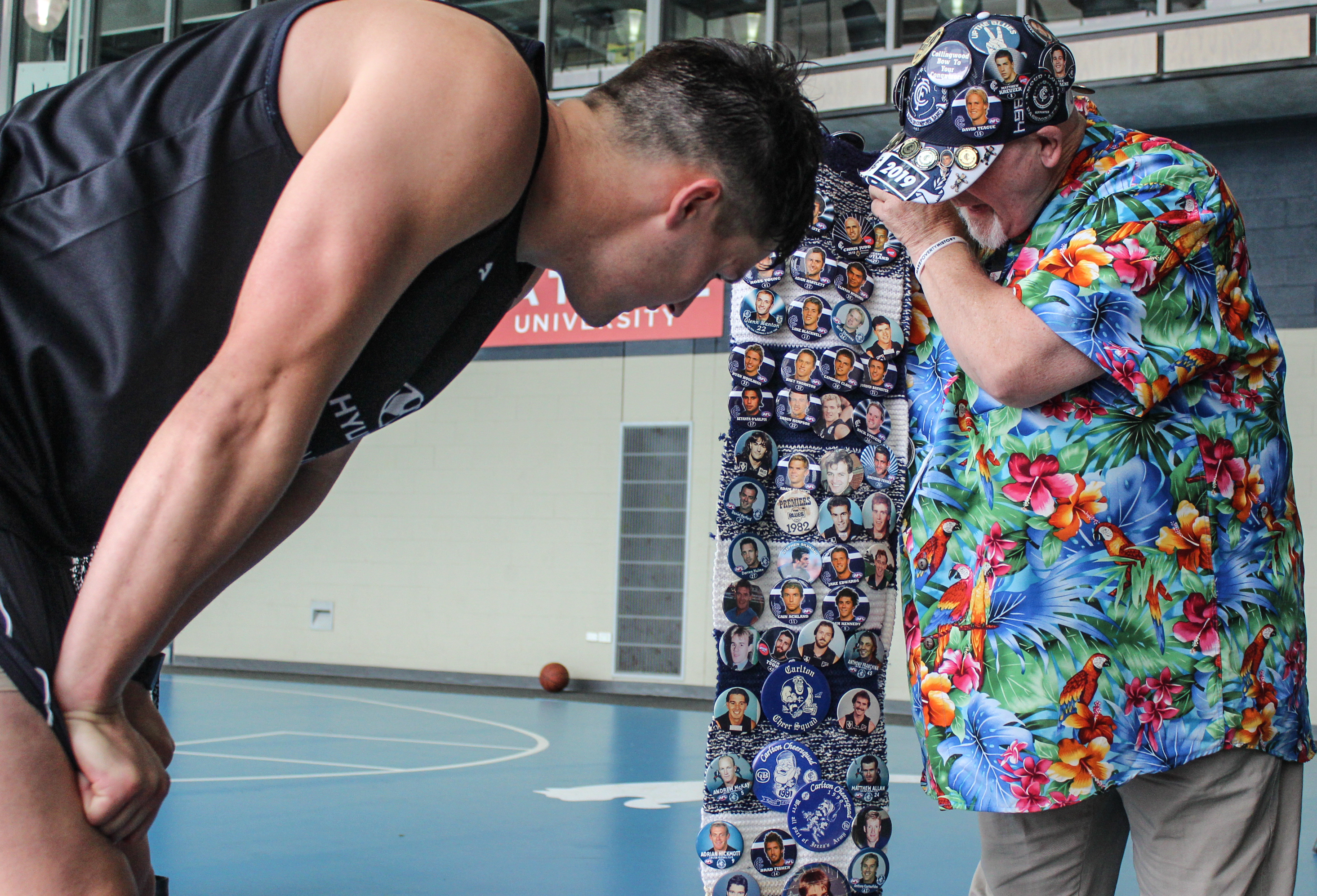 After 50 years of supporting the Blues, Kev remains just as passionate and invested in the team as the day he became a member.

“I turned 73 last week, but I don’t tell the rest of the Cheer Squad that,” he said.