Flying the flag for gender equality 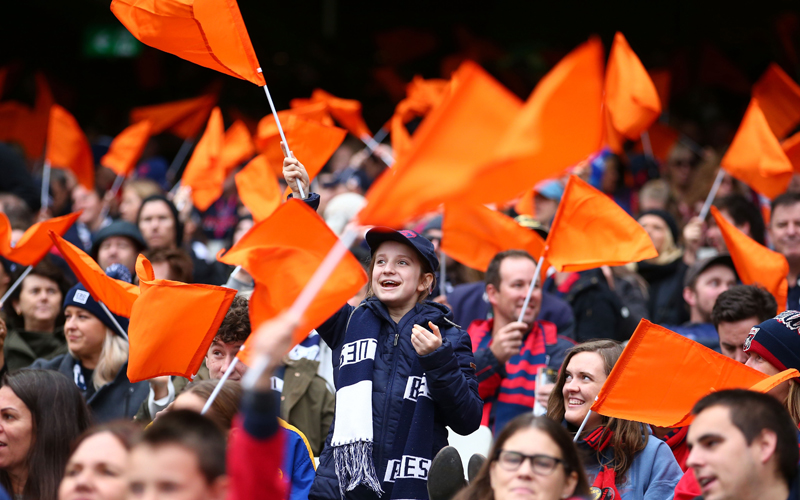 A sea of bright orange flags filled the MCG on Sunday 20 May, as thousands of football fans flew their flags for gender equality.

Raising awareness for gender equality for the prevention of violence against women, the Blues’ Round 9 game against the Demons marked the Club’s fourth Carlton Respects match.

With early education playing a pivotal role in preventing violence before it occurs, this year’s campaign asked, ‘what are we teaching our children?’ highlighting the important work carried out by the Carlton Respects Community Education Program.

Bucking traditional navy blue, players ran out in orange socks in support of the campaign, while ruckman Andrew Phillips and defender Alex Silvagni handed out orange flags to supporters on the concourse.

At 1:00pm—10 minutes before the first bounce—thousands of orange flags filled the stadium, as fans were encouraged to fly their flag for gender equality.

Students from schools throughout Melbourne’s northern corridor, who had participated in the Carlton Respects Community Education Program, also waved orange flags as they formed the guard of honour on the field.

Aiming to become industry leaders in this space, the Blues’ Carlton Respects initiative forms a pillar of the Club’s long-term strategic plan, as it strengthens its commitment to this important cause.