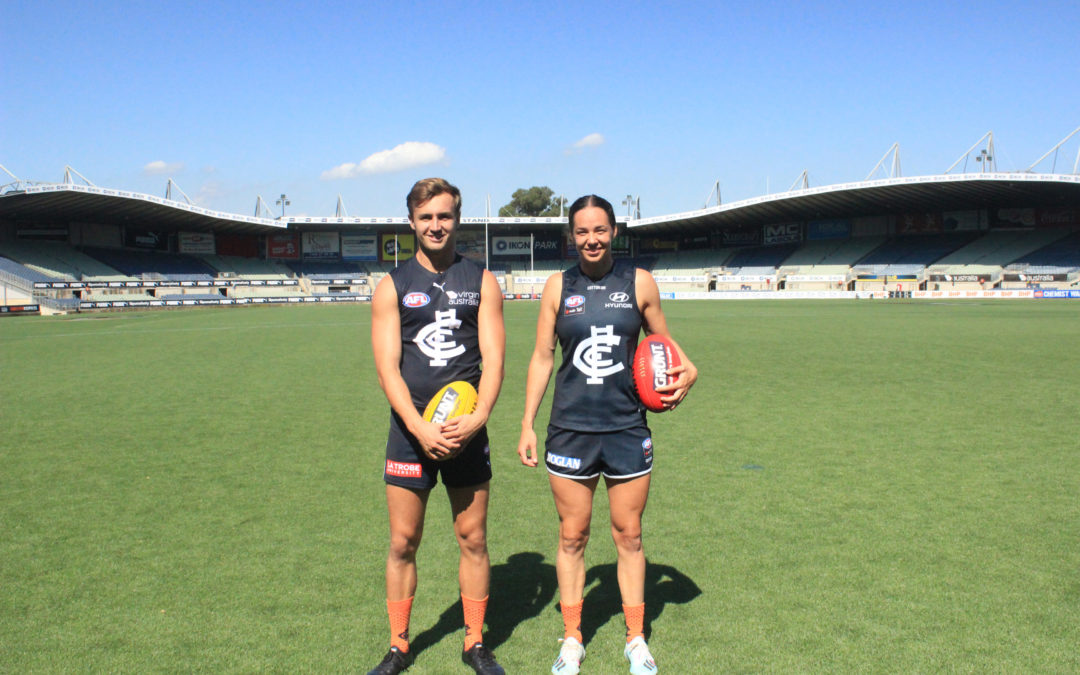 Find out why Chloe Dalton and Lochie O’Brien decided to become Carlton Respects Ambassadors and what it means to them.

During my time with the Australian Rugby 7s I had the opportunity to be an ambassador for Our Watch, an organisation established to drive nationwide change in culture, behaviours and power imbalances that lead to violence against women and their children.

When I was first approached, I wanted to be sure that I would be able to speak to this issue with the right training and education. The biggest thing that I learnt from the training is the role that we as athletes can play in changing attitudes towards women, which in turn prevents violence against women and their children.

Sport is a huge part of Australian culture, and we have the ability as role models to change the perception that men are more powerful than women.

I am incredibly passionate about the message that Carlton Respects promotes and am honoured to have the opportunity to be an ambassador for such an important cause.

Every year, in the lead up to the Carlton Respects Game the club bring in a few people that speak to the playing group and coaching staff about the program and what has inspired it to be founded.

I found the stories from victims of domestic violence pretty confronting and I suppose to a point I was pretty naive in thinking that these cases and how vicious they weren’t actually happening in our community.

I personally have been very fortunate growing up in a very close-knit family and have never had any experiences like these.

I understand how devastating it would be for not only the victim itself but the impact it would have on family and friends, which is why as an outcome I thought it would be a great opportunity not only to learn more about the issue itself but also to go out into the community to schools and young groups to help ensure that these cases are reduced and that all kids coming through can experience the harm free upbringing that I was fortunate enough to have!