Orange is the new navy blue 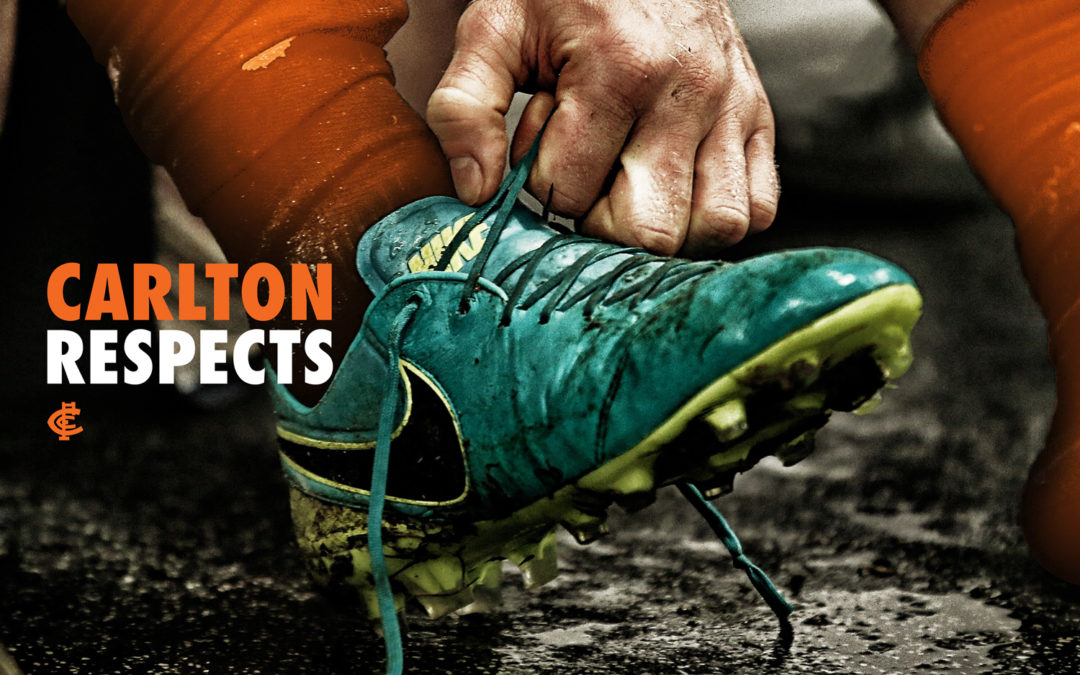 The Blues are set to turn orange this week ahead of the annual CARLTON RESPECTS game against the Western Bulldogs at the MCG on Sunday.

CARLTON RESPECTS aims to take action in relation to gender equality for the prevention of violence against women, with the Blues to buck tradition and run out in striking orange socks, along with the traditional navy blue guernsey for the Round 17 clash.

Supported by Our Watch, an organisation at the forefront of preventing violence against women, CARLTON RESPECTS has been developed to educate students about respect and equality using the platform of football.

A colour widely synonymous with harmony and respect, all facets of the football club, including AFL and AFLW players, as well as staff, will don some level of orange throughout the week to raise awareness of the Club’s community program.

CEO Steven Trigg said the Club was passionate about making a positive change against the alarming statistics around violence against women in Australia.

“As a club, we strongly encourage the strengthening of positive, equal and respectful relationships. That one woman is killed almost every week by a current or former partner in Australia is totally unacceptable,” Trigg said.

“Gender inequality is the core of the problem, yet it is also at the heart of the solution. We successfully launched the pilot of the CARLTON RESPECTS program last year and we want to ensure we continue to strive to be a genuine leader in equality and respect.

“As a football club, we have a great platform for change and we understand that we have a role to play in educating and challenging gender stereotypes within our community.”

Recently, a number of Carlton’s AFL and AFLW players including Patrick Cripps and Brianna Davey, sat down to hear first-hand the story of Blues Foundation ambassador and 2017 Young Australian of the Year finalist Tarang Chawla, who tragically lost his younger sister as a victim of domestic violence. Click here to watch the powerful clip.

Launched in 2016, CARLTON RESPECTS falls under the Blues Foundation umbrella – the Club’s new charitable arm. In the 12 months since the launch of the program, the Club has undertaken a community education program promoting respectful relationships amongst youth in the northern corridor.

Facilitated through community sessions at schools by the Club’s trained facilitators, CARLTON RESPECTS has been delivered to year seven and eight students in Melbourne’s northern corridor. The program addresses underlying determinants and risk factors to prevent gender-based violence and disrespect against women.

There will be a number of supporter bays at the MCG filled with orange t-shirts on Sunday, with all Blues fans and members are encouraged to wear some form of orange to the game. Proceeds from ticket sales at Sunday’s match at the MCG will be donated to the Blues Foundation.